With a privilege account, you could earn 3.80$ Privilege
Privilege

The Steel Legion is one of the oldest fighting forces in the Tellian Empire. Taking its name from the storied legions of the Old Dominion and tracing its origins to the very first professional armies the Emperor fielded, only the Orders can claim a more storied or gloried past.

In the absence of an Emperor, the Steel Legion is the single most prosperous and powerful mercenary company in the Empire. They sell their services widely, but only to those families that are waging war outside the Empire or who have a casus belli recognized by the Imperial Conclave. Their wealth is supplemented by a standing contract with the Office of the Imperial Chamberlain to protect Argem from all aggressors. The nobles views this contract as little more than artifice, a mechanism for the Office of the Chamberlain to support one of the strongest and staunchest allies of the Imperial mandate behind a veneer of neutrality. To this day, no Noble House has been willing to directly challenge the Steel Legion on these, or any other, grounds.

CONQUEST: THE LAST ARGUMENT OF KINGS - STEEL LEGION - THE HUNDRED KINGDOMS is categorised MINIATURE GAMES / MISCELLANEOUS and sold by l'Imaginaire, a store and specialised website. 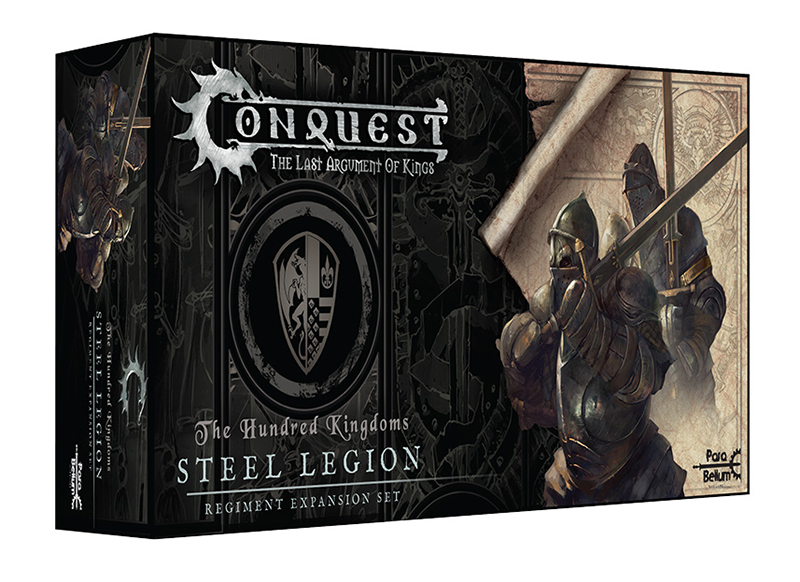