We process your orders in less than 48 hours!

Create your own Critical Role campaigns with this sourcebook for the world's greatest roleplaying game!
Explorer’s Guide to Wildemount provides everything you need to play Dungeons & Dragons on the continent of Wildemount (set within the world of Exandria)—a land of war, betrayal, and swashbuckling adventure.
Comprised of four regions, Wildemount provides endless potential for adventure in a land of brewing conflict and incredible magic. Rising tensions boil over into all-out war between the politically dubious Dwendalian Empire and the light-worshiping wastefolk of Xhorhas, supplying a vibrant backdrop for any D&D campaign to explore. This book’s contents include the following: Largely written and helmed by Matthew Mercer, the Dungeon Master of Critical Role and creator of the world of Exandria, this 304-page book features work by talented designers, writers, and artists from the D&D and Critical Role communities.
Explorer's Guide to Wildemount is an expansive, vivid campaign setting anyone can enjoy regardless of their familiarity with Critical Role, and an open invitation to make the mysteries and dangers of Wildemount your own. 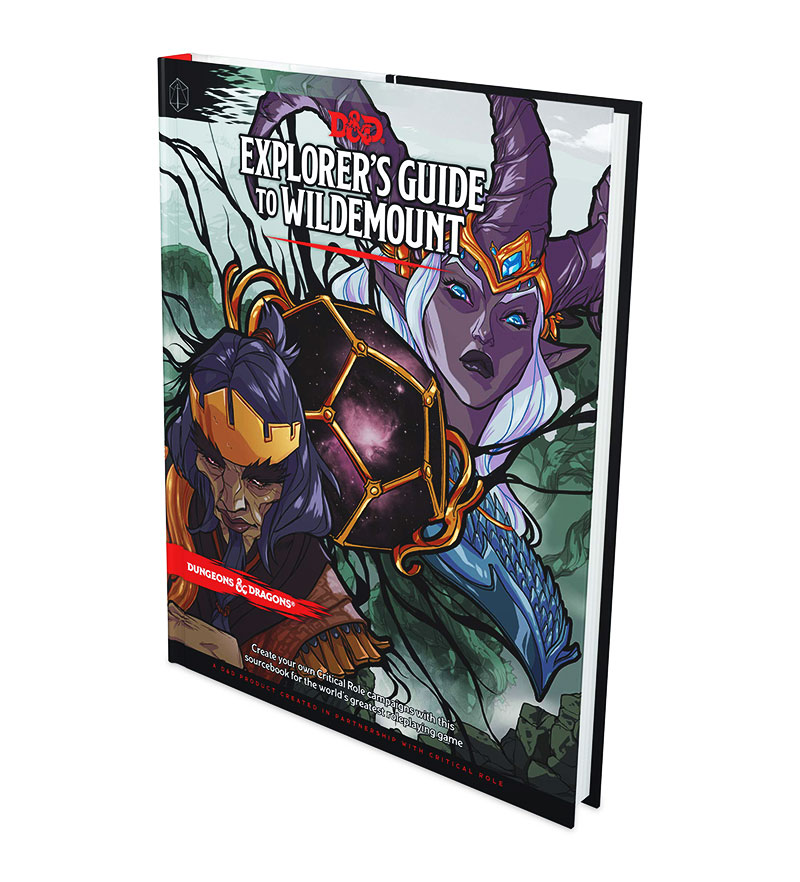